This is a sponsored post written by me on behalf of Orajel Kids.

A sponsored post from Orajel seemed like the perfect opportunity for me to bring up something that’s been on my mind: baby teeth. I’ve been obsessing over my youngest daughter’s unusual teething pattern. She is a month away from two, and she’s still missing six teeth. 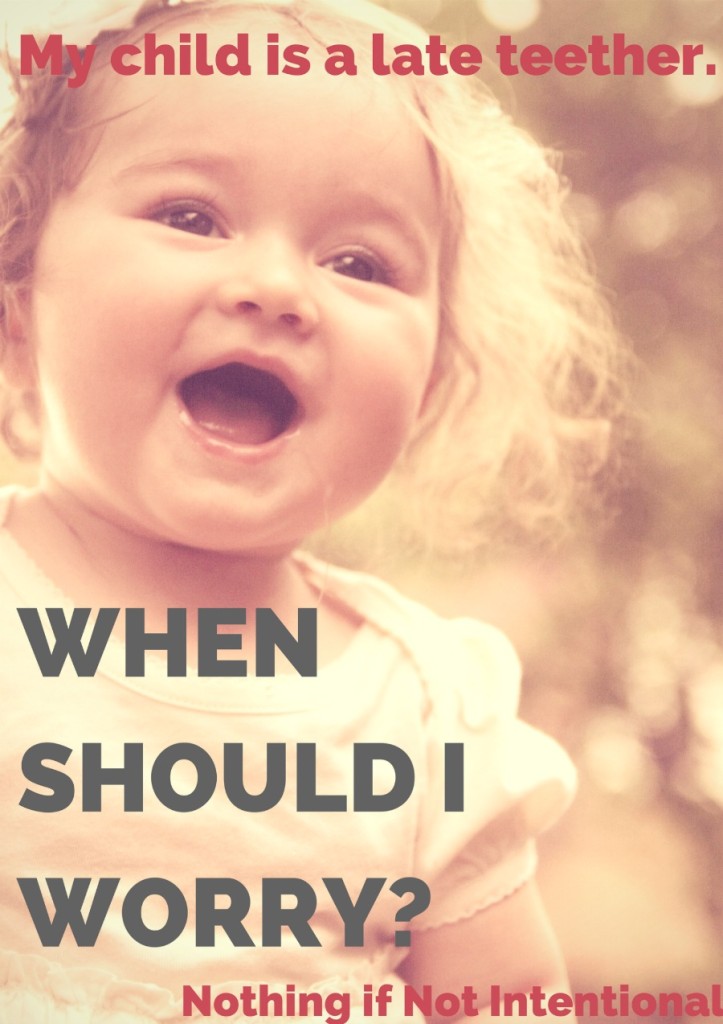 Have any of you ever had a child who was a really slow/late teether? How did it turn out?

A part of me thinks that everything is fine. At her first birthday, this little one barely had two teeth. So should I really be surprised that the rest of her teeth are taking their slow, sweet time to grow?

A friend once jokingly told me that she thinks that babies either grow teeth or hair–not both. This little one definitely supports that theory! 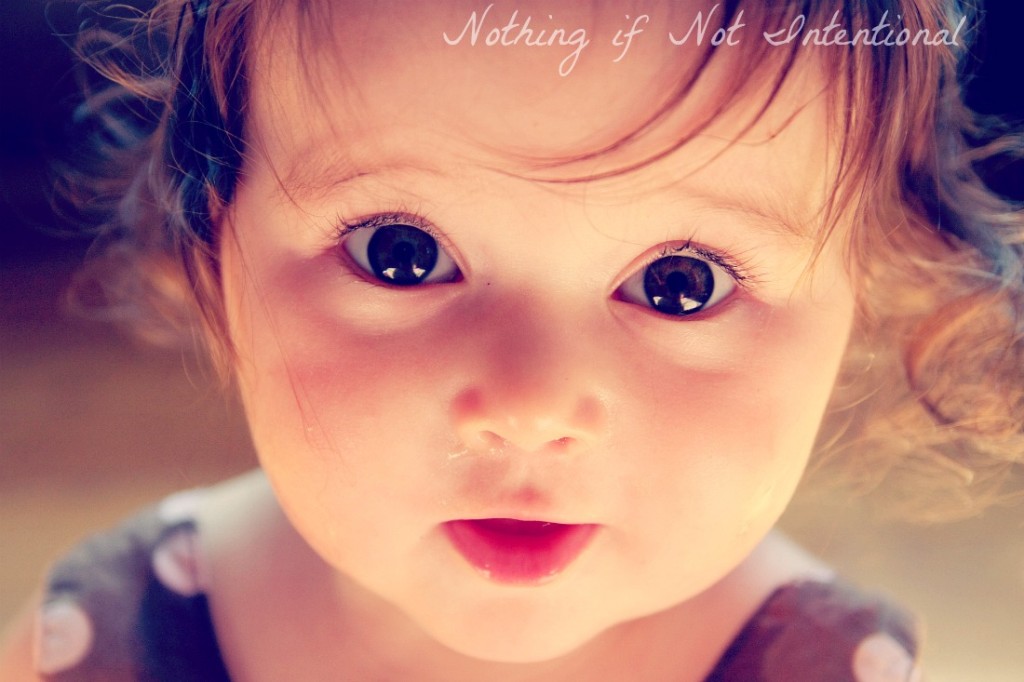 But the internet gives me plenty of reasons to worry! I’m a bit of a hypochondriac anyway (that may be an understatement), so when something’s the least bit off, I should not be allowed near a computer or a search engine.

My worry leads to what I like to call, “A Google Scare.”

“A Google Scare” is what happened when our optometrist casually told us that this same baby had a cataract. After a few minutes of online searching, I was almost hyperventilating. I called the optometrist and begged him to tell me we wouldn’t have to deal with glaucoma, eye surgery, and cornea transplants. Give me some good news, doc! The optometrist quickly assured me that I wasn’t even googling the correct term. What he saw was more of a harmless cyst than a congenital cataract. (You’d think he would have led with that info the first time!)

This “late teething” thing has led me to all sorts of posts about birth defects, disorders, and delays. My current fear? Hypothyroidism has contributed to her slow teething pattern. Hypothyroidism runs in my family. It’s a definite possibility!

On the other hand, I’ve heard that there’s a wide range of normal and that late teething can actually be beneficial since it means fewer opportunities for tooth decay.

So to answer my own “when should I worry question?” I suppose I should defer to the experts. I asked my dental hygienist at my last appointment, and she told me not to worry until she’s at least three. She said that the teething charts are bogus, and that every child develops at his or her own pace. (Haven’t we all heard that a million times! Still. I worry.)

If she doesn’t have all of her teeth by three, they’ll x-ray. And if her x-ray shows missing teeth? Then her future dental work will probably cost us a small fortune, but she’ll probably be fine. (It’s just teeth! Unless it’s a sign of something worse…let’s not go there yet!)

Of course that doesn’t mean I won’t bring up the hypothyroidism theory to our (very reassuring) doc at her next appointment….

In the meantime, you could all reassure me with your stories of strange teething patterns that resulted in a perfectly fine, full set of teeth! 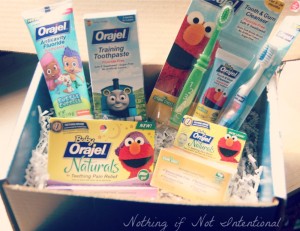 Special thanks to Orajel for this box of teething/dental hygiene products and for giving me the chance to open up about my teething paranoia. For a more fun take on teething, enter and/or vote in the Orajel Smilestones photo contest! The grand prize winners will win a trip for a family of four!

This is a sponsored post written by me on behalf of Orajel Kids.