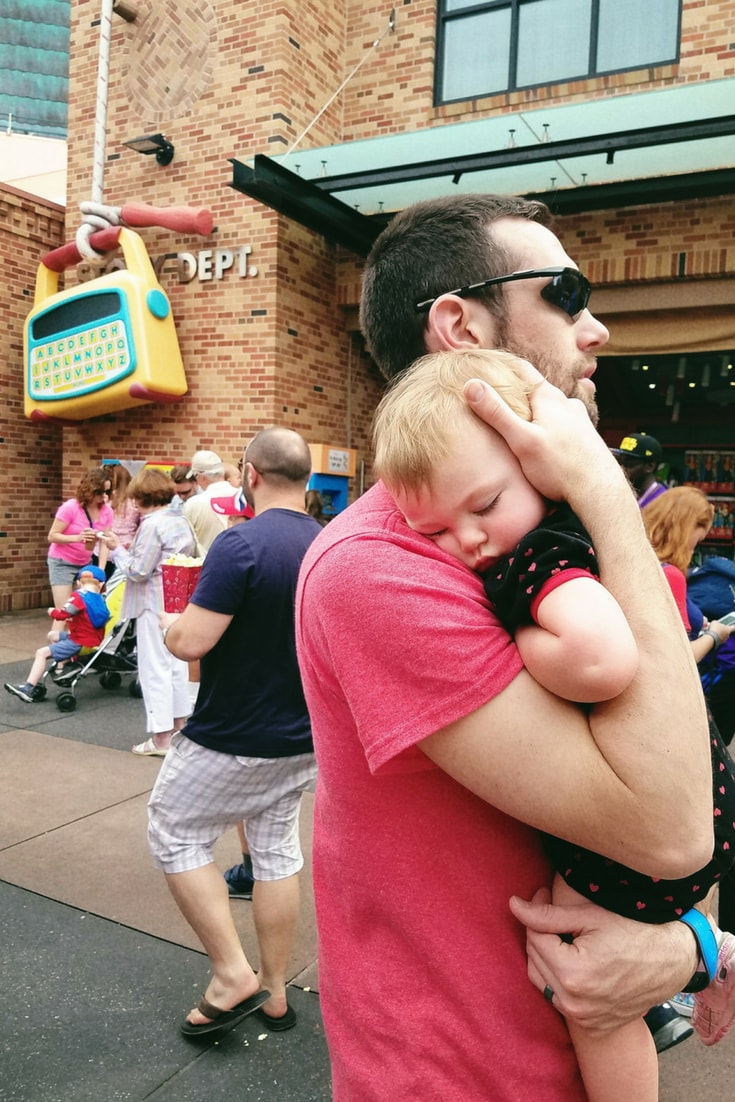 What do you think is the ideal age to take your kids to Disney? The rumor I’ve heard is that Disney thinks that seven is the perfect age. At that age, the parks are still magical…and seven-year-olds are impressionable. Hook a seven-year-old on Disney, and you’ve made a Disney fan for life.

Our girls are very young (two, five, and seven). Most people would say the little ones are too young for Disney. Yet we took them last year (when they were still one, four, and six), and we all had a FABULOUS time! 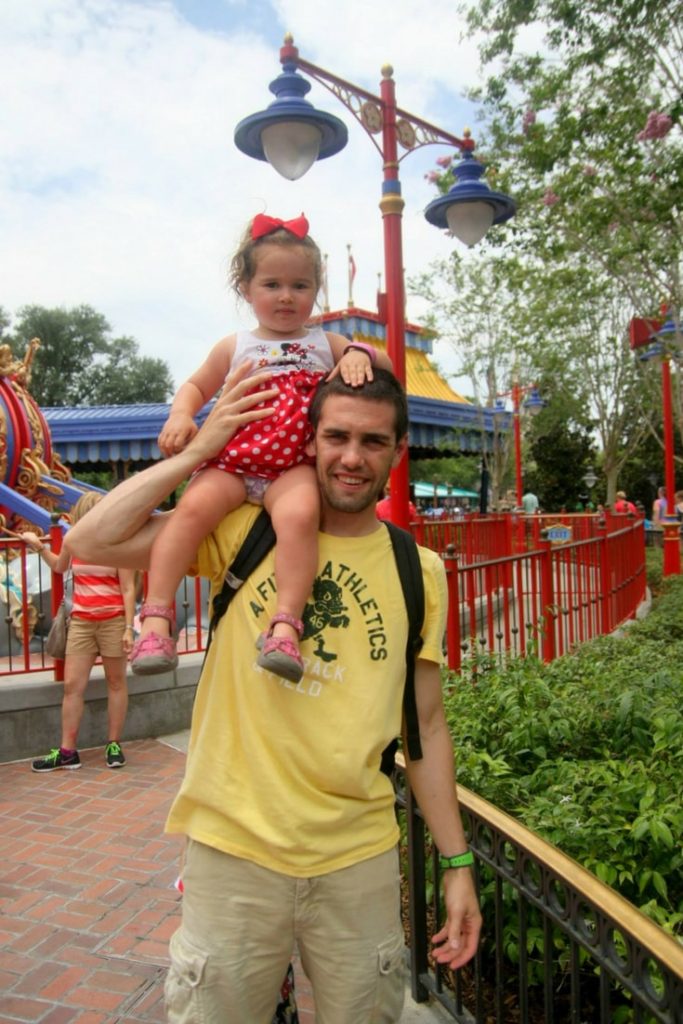 WITH THAT SAID, I think we can agree that if your family is going to take one and only one trip to Disney, it’s probably best to wait until the kids are older. As the reasoning goes, you may want to wait until they can remember and appreciate. For us, I hope that Disney trips happen a couple of times over the course of their childhood years. So why not start now?

In case the “why not?” argument isn’t enough for you. Here are a few more reasons why you don’t have to wait until the kids are “old enough” to go to Disney!

Babies and toddlers nap, which means you might get to nap. And naps are a beautiful, beautiful thing. During our Disney stay, we went back to the resort every day for naptime. Friends asked us what we did while they napped, but isn’t the answer obvious? We napped too! After a busy, busy morning, we were exhausted. 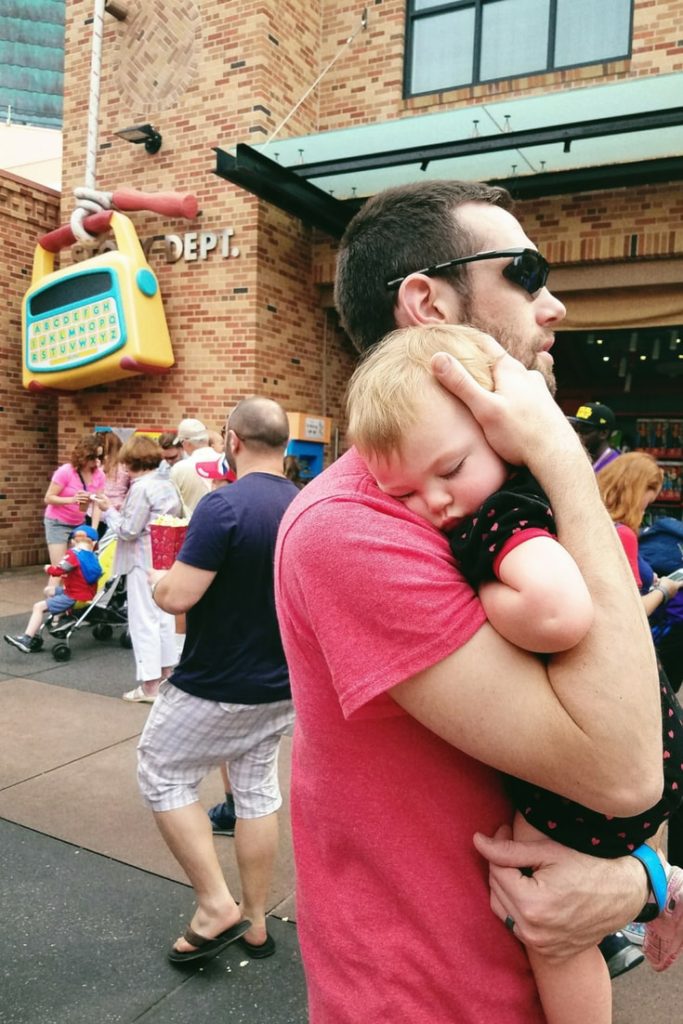 They’re fully present. Babies, toddlers, and preschoolers aren’t glued to their phones and devices. Although we’re strict with our screen-time restrictions, I’m guessing there will come a day when our kids will prefer texting friends over chatting with Mommy, Daddy, or Goofy.

Nothing is cheesy. I loved watching our three-year-old get excited about the characters. She’d excitedly wave and call “hi!” to every character she saw, even if they were out of earshot. She found them fascinating.

They’re easy-to-please. Sure, the rides and shows were fun for our toddler. But all she really wanted was to be held, have more raisins, and be allowed access to a squirt bottle so she could play with the water. 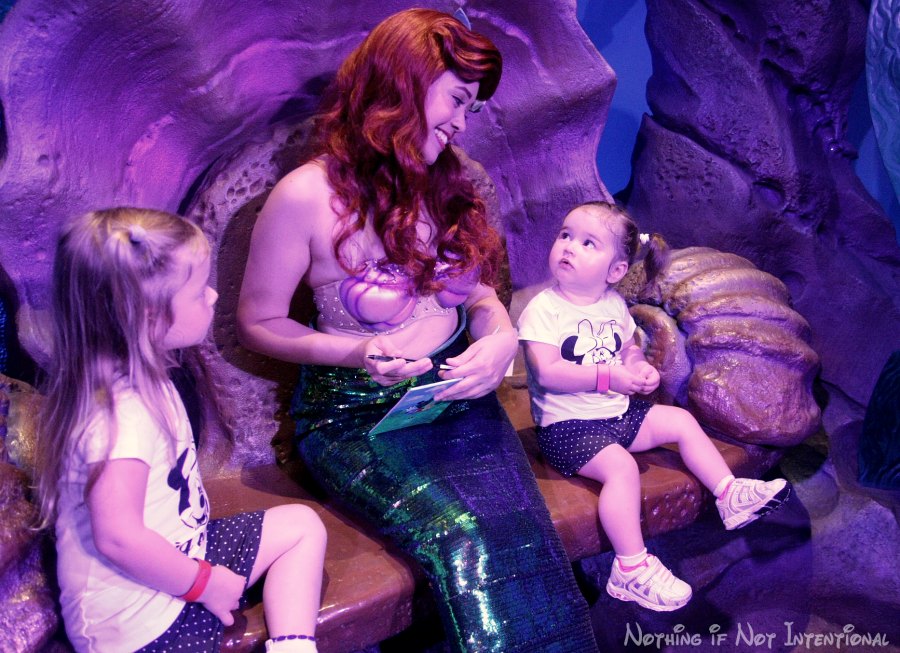 They need a stroller, and this is a good thing. We use our strollers more for luggage than for kids when we travel.

They’re resistant to consumerism. Most of the Disney rides pour out into a gift shop. It’s a brilliant plan! But thankfully my girls weren’t interested in the stuff. My youngest didn’t notice the gifts, of course. And my oldest simply accepted the explanation that we weren’t going to spend money on stuffed animals/chocolates/light up toys. She also easily accepted the substitutes I brought from home!

They’re resistant to gender stereotypes. This probably isn’t as important to most people as it is to me, but I was glad that my girls weren’t dying to meet Anna and Elsa. For now, they don’t have a princess obsession.  In fact, when the cast members at the Magic Kingdom insisted on calling my girls “princess,” my three-year-old responded back with a very adamant, “I am

NOT a princess!” (In her defense, she was wearing a pirate costume.) 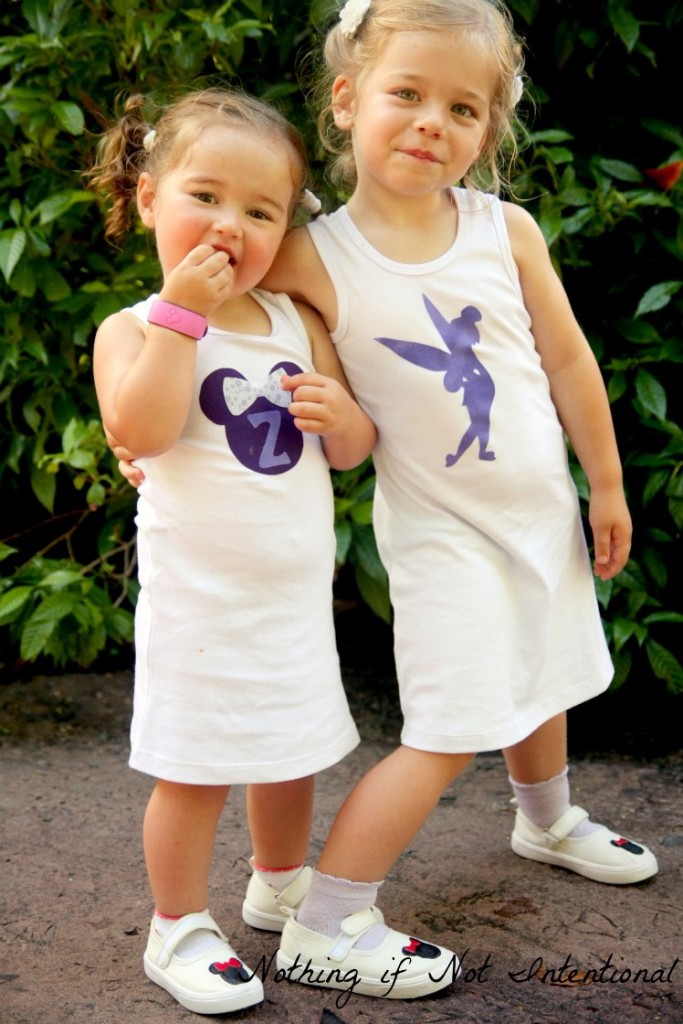 You get to use a rider switch pass. Rider switch passes are offered as a courtesy to families with little ones who are not yet tall enough to ride all of the rides. By using the rider switch pass and our FastPass+ reservations, my three-year-old got to ride Splash Mountain four times in a row without waiting in line. You can see our exact touring plans for the Magic Kingdom and the Animal Kingdom HERE.

Waiting in line with young kids is no fun, but Disney is doing all that they can to make lines shorter and the wait more fun. In fact, we never waited for more than 20 minutes, and that was just one time on “It’s a Small, Small World!” Click HERE to read HOW TO VISIT DISNEY WITHOUT WAITING IN LINE!

They’re cheap. No, really! Kids under three have free admission at Disney. Plus, most Disney resorts will allow you an extra occupant in a crib free of charge, and you could have kids under two fly free on your lap (read more about flying with babies HERE)!

Who says the Disney trips have to be for kids? Moms and dads, if YOU want to go to Disney and you decide to bring the kids along, that’s fine! I love the Magic Kingdom! Sure, my girls had fun, but I’m happy to admit that it was even more fun (and memorable) for me. My youngest won’t remember the trip, but I will!

You get to choose the rides. If you’re a diehard Disney fan, taking babies, toddlers, and preschoolers is not a bad idea because you (in theory) get to have more control over the schedule and touring plan. Of course your little one may fall head-over-heels in love with the carousel and threaten to put a wrench in your well-made plans. But there’s still more of a chance that you will get to decide the course than, say, when you bring your teenagers. 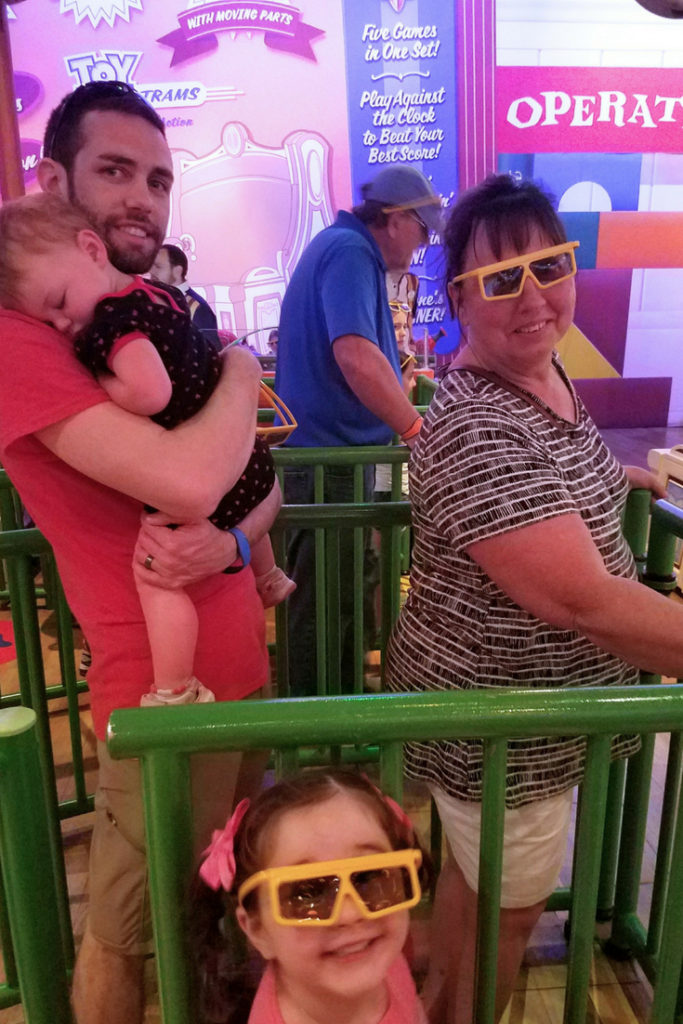 The Pixie dust is even more magical when you’re with a child. The first time our three-year-old rode a roller coaster was incredible for me. We started on the new Seven Dwarfs Mine Train. The train took off and hit the first big dip. Her eyes went wide and her mouth opened in a perfect “o.” During the next brief second, I waited. Would she cry? Would she reach for me? And then she instinctively threw her arms up and let out a high-pitched squeal that is equally familiar to both thrill riders and parents of toddler girls. It’s the screech we’re always trying to hold back with “inside voice” reminders but was now perfectly acceptable on a roller coaster.  I will never forget that memory.

And our toddler, who had never watched a cartoon, both loved and feared the characters. She’d chatter on and on about Pooky (piglet) and Eli/donkey (eeyore) but then run back to daddy as soon as they get close. Which leads me to this point…

They say adorable things like “dis-a-ney” and “Pooky” (piglet). That kind of cuteness won’t last forever.

Someday we’ll exchange diapers for smart phones and tantrums for sass, but for now I think our girls are at a beautiful age for traveling and for experiencing all that Disney has to offer. 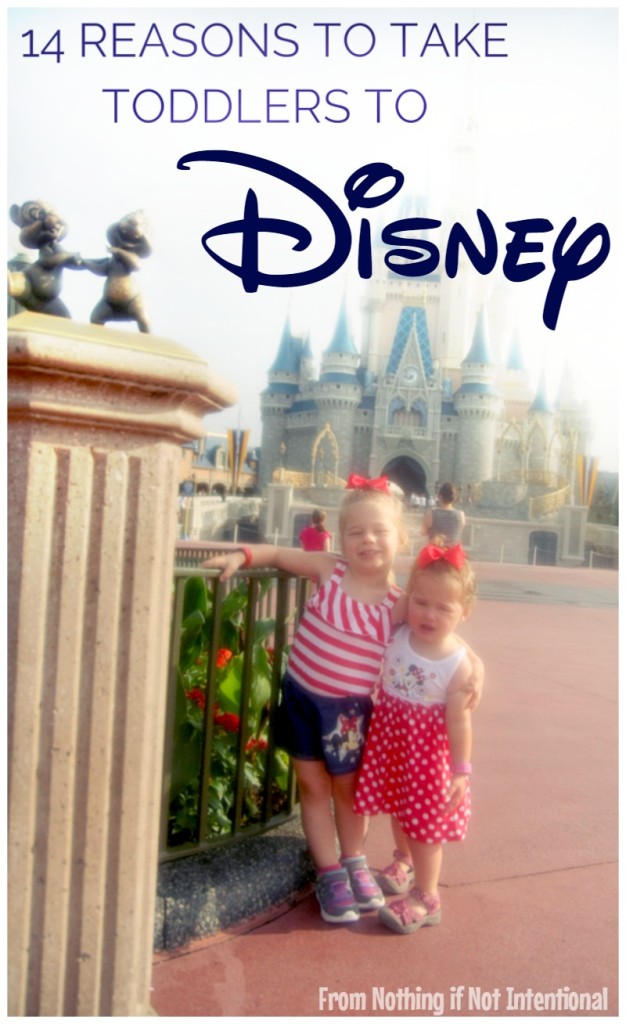