I’m writing this during nap time of my baby’s third birthday. I tried to get her to promise me that she would stay two forever; sadly, she refused.

I know that age two is supposed to be terrible, but I’m going to miss it. And that’s saying something since, for the ten weeks our foster son was with us, I had not one but two two-year-olds!

Before I move completely into the ferocious, tantrum-throwing, defiant world that is age three, let me pause for a second and reflect on all the things that are truly lovely and loveable about the “terrible” twos. 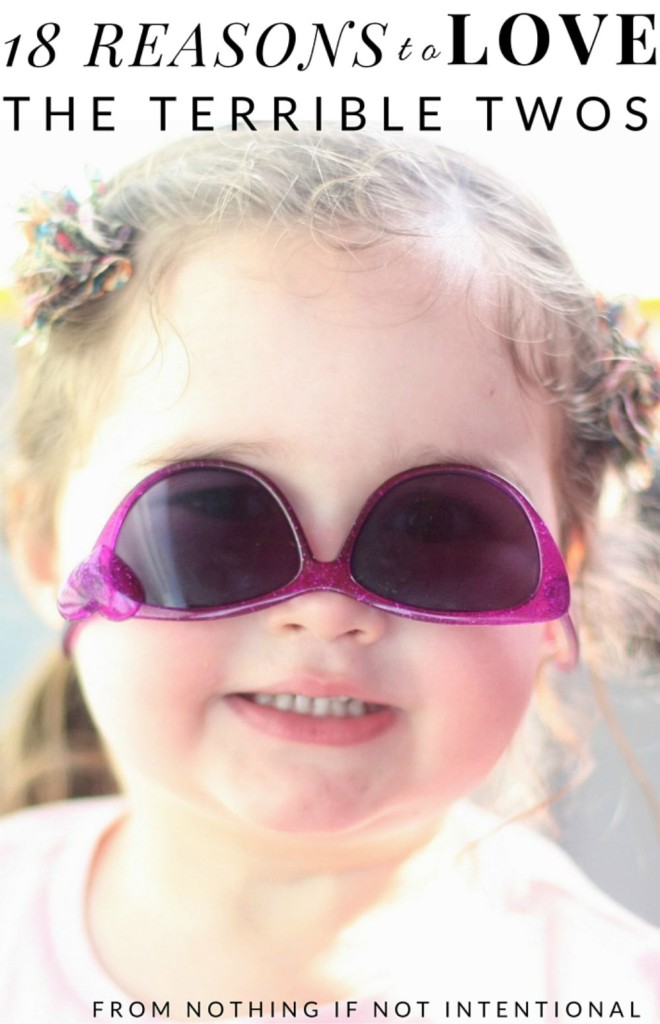 Eighteen Things to Love About Two-Year-Olds

Your turn! What thoughts cheered you up during your worst days of the terrible twos? 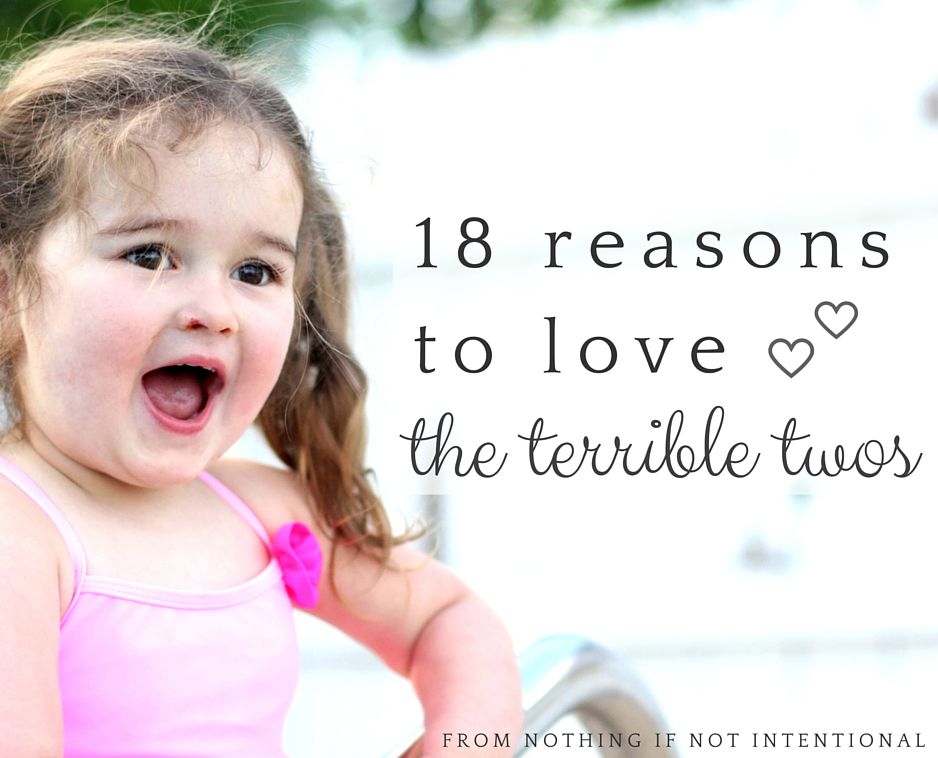